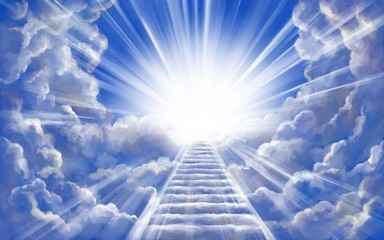 In Loving Memory of Frank Byrd

In Loving Memory of Frank Byrd

Donations made in Frank's memory will help provide English as a Second Language classes for the girls of OLR, furthering their development of the English Language and aiding their Bilingual Education - something Frank was extremely passionate about.

Frank Byrd, 77, of Hendersonville, died June 25, 2020, at the Carolina Village Medical Center. He was born on July 30, 1942, in Cardiff, Wales, to the late John Dymond and Joanna Inger Byrd. In addition to his parents, Frank was preceded in death by his wife Ethlyn Byrd and his sister Mary Byrd Davis.

Frank and his family emigrated from Wales to the United States when he was five. He grew up in Lakeland, FL, and came to North Carolina to attend Davidson College, from which he graduated with a B.A. in History in 1964. He later received two masters degrees from UNC-Chapel Hill. Frank first came to the Hendersonville area as a counselor at Camp Mondamin in the 1960s. This is where he met his wife Ethlyn, who was a counselor at nearby Camp Green Cove. They married in 1967, and had two children, Elizabeth and John. He spent nearly thirty years at Blue Ridge Community College, working his way up from counselor to dean of student services, retiring in 2007. Prior to his tenure at BRCC, he taught history at Christ School, in Arden, NC; and wrote for the Hendersonville Times News.

Frank dedicated his life to service. He worked with many community organizations and served on numerous charitable boards - too many to list them all. He was particularly devoted to organizations that focus on children, including Big Brothers Big Sisters of Henderson County; the Henderson County Young Leaders Program, which under his leadership grew to become Camplify; and Our Little Roses, a mission for abused and abandoned girls in Honduras. He was devoted to his church, St James Episcopal, and served communities near and far through the St. James Outreach Commission and the African Medical Mission. For his dedication to community service, he received numerous accolades and awards including induction into the Henderson County Education Hall of Fame, the Governor's Volunteer Award and the Community Foundation of Henderson County's Sauer Charitable Leadership Award.

While he remained a Henderson County resident for most of his life, Frank shared his heart with Ocracoke Island, NC, which he first visited with his late wife Ethlyn in the 1990s and returned to every summer for 25 years. In Ocracoke he indulged his love for simple pleasures like music, good books, great friends, and solitude. He was also a sports lover: a die-hard fan of LSU football and Tarheel basketball, even embracing less-fortunate teams like the Duke Blue Devils.

The family would like to extend our heartfelt thanks to Dr. Anna Hicks, and the medical teams at Carolina Village and Four Seasons Hospice, for your extraordinary commitment to Frank in his final days. Your kindness and dignity were a gift to us all.

He is survived by son John Falconer Byrd, of Tampa, FL; daughter Elizabeth Byrd von Stade and her husband F. Skiddy of Scarborough, ME; sister Joan Byrd and her husband, George Rector, of Cullowhee, NC; and sister-in-law Dorothy Fantle, of Hendersonville, NC.

The family will hold a private service and will plan a celebration of life for a later date when public health conditions allow.

An online register book is available for family and friends by visiting www.thosshepherd.com. Thos. Shepherd & Son Funeral Directors and Cremation Memorial Center is in charge of the arrangements.